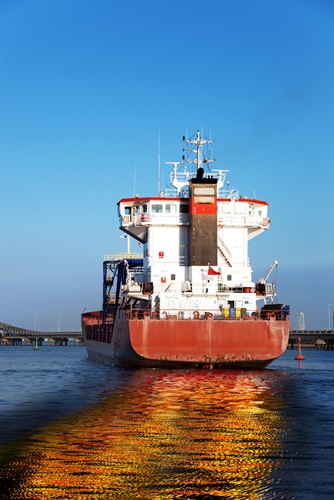 When replacing or updating any piece of equipment, measurements of the available space need to be precise to ensure the part or new technology fits into it correctly to perform up to needed standards. 3D laser scanning, when used with 3D modeling, can help companies retrofit oil and gas pipelines and other types of equipment that require repairs or in-kind replacement to be exact. According to Maritime Executive, Dutch shipping company the Anthony Veder Group recently used laser scanning and modeling technology to help it figure out which ballast water treatment system would be appropriate on its gas and petrochemical ship carriers.

Using laser scanning for oil and gas tankers
Maritime Executive reported Anthony Veder needed to plan its installation of new BWT systems on some of their larger shipping vessels. BWT systems are important for the ultraviolet disinfection of water for industrial processes and for the storage of quality water on these types of tankers, according to UV treatment system company BIO-UV. Maritime Executive noted the oil and gas shipping company needed to know which BWT systems could be listed as possible best solutions for the entire fleet. Planning was essential, especially in regard to determining spaces in the ships and which systems could receive U.S. Coast Guard approval for use.

René van Dierendonck, Anthony Vender's repair and maintenance manager, told the news source that space in the tankers' engine rooms – specifically those of the liquefied natural gas/liquefied petroleum gas/liquefied energy gas (LNG/LPG/LEG) carriers – was a main concern for Anthony Vender The company currently has one type of LNG/LPG/LEG combination carrier, and another that can transport LNG – shipping LNG and LPG in particular is one of the company's specialties. Van Dierendonck noted the ballast pumps in these carriers were below the engines themselves, making it a tight squeeze for BWT systems.

3D laser scanning and modeling allowed the shipping company to look at all of its options within finalizing its decision of what BWT solution, Maritime Executive reported. If the company invested in the wrong solution, it could mean the business had to go back to the drawing board.

"Like many shipowners, we are not confident that the presently available BWT systems will get the USCG type approval," van Dierendonck said. "Choosing an available, suitable and IMO approved system right now could, in the worst case scenario, possibly imply that the investment was worthless – in case the USCG approval does not get through. However, the regulations are not going anyway. Our choice is to start planning smartly in order to be prepared at the time when things get clearer."

Because accurate measurements of the available spaces and BWT systems were conducted, it was determined solutions that were being considered would not be able to fit or had to be modified to custom fit the tankers' spaces. Van Dierendonck told the news source that without 3D laser scanning and modeling, the company wouldn't have had the information it needed to make the best decision. He also noted Anthony Veder is hoping to keep using the technology during the next year.

Optimarin Ballast System, one of the solutions that the shipping company considered putting in the tankers, was the system found to need some redesign to be suitable for the available spaces. However, the system was originally designed to fit in small spaces, according to the website, and is able to be installed where space is available in the engine room. It is also customizable.

Anthony Vender wouldn't have been able to come to these conclusions without using 3D laser scanning and modeling technology in the planning and strategizing part of the process.

Oil and Gas: Learn how to virtualize your field assets quickly and accurately with 3D laser imaging services from SGM.