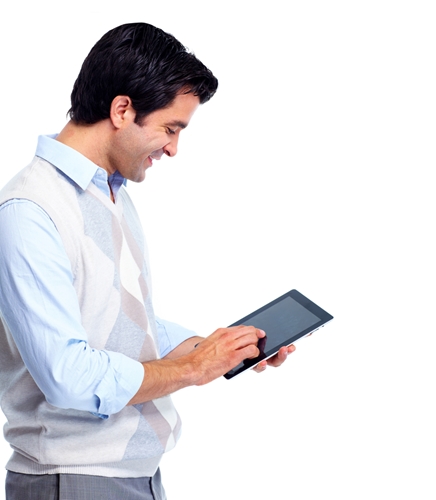 3D laser scanning and modeling tools are considered go-to technology for many industries. From land surveying and video game development to historic site preservation and pipeline replacement, laser scanners are used to gather as-is data that is then placed in modeling software to create accurate digital representations of existing objects and sites. These tools continue to advance, and technology giant Google recently released information on an upcoming project that may cause further innovations in the laser scanning and modeling industry by giving more people access to this technology.

What Project Tango is
Google's latest venture into 3D laser scanning and modeling is Project Tango, which is a mobile device that, when activated, takes measurements of spaces and people through two cameras and puts the collected images into a 3D environment. According to Google, it's research team ATAP partnered with research labs, technology companies and universities from nine countries to develop the device. Google also noted the device was developed using years of research on robotics and space and motion. Project Tango is a combination of laser scanning hardware and software that has both mapping and modeling technology in one, easy-to-use device.

The device's technical capabilities
Like today's most innovative laser scanners, the Project Tango device collects a vast amount of data in a short period of time. According to Google, the device's sensors are able to take more than 250,000 measurements a second, which, considering that some of the most expensive, high-tech laser scanners take up to 1 million measurements a second, may be impressive for such a small device.

Online technology news site Infoworld reported the latest version of Project Tango has a 7-inch screen, while the previously-released smartphone version had a 5-inch screen. According to Google, Project Tango runs Android and has an application programming interface (API), which is a system that allows various programs to connect with one another. The tablet version of Project Tango runs on a NVIDIA Tegra K1 processor and has 128 gigabytes of storage and 4 gigabytes of RAM.

According to ZDNet, Google is expected to sell the devices for $1,024 each, and has already made the decision that this won't be a consumer device. Instead, Project Tango will only be available at the Google I/O later this month in limited quantities. Marketing Land reported Google has 4,000 tablets ready.

What does this mean for laser scanning technology? Could a tablet or phone replace a full-scale laser scanner that is built to take on large projects? There may not be an answer yet, but Google's project may drive additional innovations in 3D laser scanning and modeling technology. Marketing Land suggested it could be used to map indoor spaces and act as a counterpart to Google's Street View technology, which goes around mapping outdoor environments. Google noted Project Tango is meant to be used for mobile 3D sensing to help advance software algorithms, APIs and our understanding of space and motion. Either way, this type of technology has the potential to help advance laser scanning and modeling technology for the better, and may even encourage more companies to use the technology to help complete their projects in less time and with better results.

previousIs 3D modeling the next step for city planning?