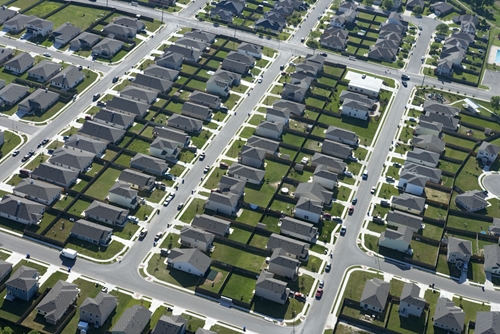 Land surveying professionals have turned to laser scanners for decades to provide accurate measurements of large and small properties and locations. In recent years, land surveying has started using drones to map properties faster and to collect data on locations that can be difficult to access. While drones have been used for some time, Michael Harvey, product marketing manager at Leica Geosystems, told online surveying resource Point of Beginning that drones are one of the drivers of laser scanning use among land surveyors, and it has the potential for a bright future.

What are the benefits and challenges of using drones for the scanning of properties? Will robotic data capture platforms become commonplace in the near future?

Benefits of drones in laser scanning
According to another POB article, drones are gaining in prevalence because they can scan wide stretches of terrain quickly and can fly at high speeds while still being able to maneuver easily and gain accurate scans. There are terrestrial aerial laser scanners on the market that were specially designed and constructed to be used on drones. For instance, Leica has partnered with a drone maker in Switzerland to develop UAV-based laser scanning tools that can be used in the unmanned airborne vehicles.

POB noted the technology is becoming more affordable and advanced, as low-cost drones have traditionally had a higher crash rate, making them more risky for some surveyors.

However, not everything is peachy with the technology, despite drones being highly beneficial to surveyors. There are some significant challenges to using the technology.

Challenges of using drones
In a blog for Spar Point Group last October, SmartGeoMetrics' own Sam Billingsley laid out some of the problems with using the technology that need to be dealt with before drones truly take off within laser scanning. Aerial robotic platforms for laser scanning does not have a solid legal framework from which laser scanning companies can work from. This can be legally risky for businesses, especially when working near federal airspace.

According to POB, there are safety, privacy and homeland security issues with drones as well. Regulations need to be created and put into place for commercial unmanned aircraft to be safe for use in U.S. airspace. In fact, there was almost a collision of a drone and a commercial jet in Florida airspace in March, according to The Wall Street Journal.

Yet some of these issues may be resolved in just a few short years. The Journal reported the close call between the drone and the jet has caused many regulators to take a look at how drones are used commercially. Some of the operators of unmanned drones may not be following restrictions set by the Federal Aviation Administration, and so new or updated rules may soon be on their way.

Surveyors: Learn about the tools and field teams SGM has to help with survey projects large and small.